The Evolution of the Mattress | Part 1: The Neolithic Period - 19th Century

The Evolution of the Mattress | Part 1:  The Neolithic Period - 19th Century

Can you imagine sleeping on something other than a mattress? Waking up day after day with aches and pains resonating throughout your body? Not me! But had we been around in much earlier times, say about 10,000 years ago, we’d be sleeping on much more primitive things than the types of mattresses we’re all familiar with today.

In the 16th and 17th centuries, a typical bed (referred to as a “bedstead” or “bedstock”, no “poking bogey” here!) was constructed with a wooden frame, and the supports were made with rope or leather that needed to be regularly tightened due to sagging. Mattresses weren’t even invented until the Neolithic period and consisted of only readily available materials such as leaves, feathers, straw, and the like - none of which can come close in comparison to the materials used in mattress construction these days. And it wasn’t until the early 1800’s that mattresses were stuffed with different materials like cotton, wool, and even horse hair! (As we’d have said in those times, “dash my wig”!) 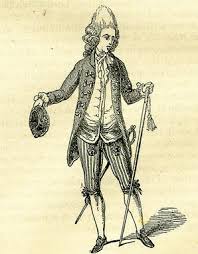 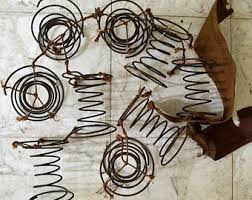 The mid-18th century saw significant improvements (no “balderdash” about it!) in the way of bedding, both in materials and construction, as people began using linens for the coverings with stitching, tufting, and buttons to keep the cotton and wool inside of the mattress. In 1857, the first steel coil spring was invented and used primarily in chairs but it wasn’t until 1865 that the first coil springs for mattresses were constructed and patented. An ingenious German man named Heinrich Westphal invented the innerspring mattress in 1871, though sadly he passed in poverty having never profited from his invention. In 1873, a Scottish physician named Neil Arnott designed the first waterbed for the treatment and prevention of pressure ulcers and Sir James Paget, an English surgeon and pathologist, presented it to St. Bartholomew’s Hospital in London. Simmons® Bedding, founded in 1870 and one of most well-known bedding manufacturers to date, became the first manufacturer to mass produce woven wire mattresses in 1876.  The Sealy® Corporation wasn't far behind when it was founded in 1881 by a cotton gin builder, Daniel Haynes, from Sealy, TX. The year 1889 saw Mr. Haynes’ innovative invention that compressed cotton for mattresses, truly revolutionizing the bedding industry (Daniel Haynes “took the egg”!). Eventually, Sealy’s mattresses became so popular that Mr. Haynes decided to sell his patents to other manufacturers. 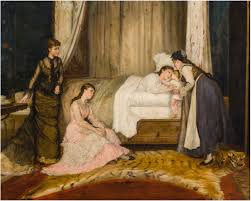 If you enjoyed this, check out “The Evolution of the Mattress – Part 2” coming soon!