Signs & Symptoms of Sleep Apnea and How a Mattress Can Help.

ERIC KEZIRIAN, M.D exposes 6 signs of Sleep Apnea in the article below. Its important to note from his findings that a mattress can help reduce symptoms for those that are suffering from Sleep Apnea. Mattress By Appointment carries adjustable beds, memory foam beds such as Tempur-Pedic that are doctor endorsed and recommended for a better night of sleep. You spend nearly 1/3 of your life in bed, don't you think this is an area overlooked for health? If you can get the pressure relief and support you need from your mattresses do you think that your lifestyle would change? Find a Mattress By Appointment near you to find the best value nationwide on these types of products.

From snoring to fatigue to high blood pressure, sleep apnea can cause a variety of symptoms. The main reasons people seek medical treatment for obstructive sleep apnea include the following:

Sleepiness, fatigue or problems with memory or concentration related to sleep disruption are other common symptoms. Obstructive sleep apnea can prevent someone from getting deep, refreshing sleep because the blockage of breathing may be most severe at those times. Even when a person is not aware of waking, obstructive sleep apnea can lead to repeated awakenings or coming into lighter sleep. The result is that a person with obstructive sleep apnea may have their eyes closed and feel that they are sleeping all night, yet they may still not be getting restful sleep to allow them to wake up feeling refreshed. This can lead to a wide variety of effects that go with sleep disruption: sleepiness, fatigue, problems with memory or concentration, decreased ability to do complicated tasks (also called executive function) and decreased quality of life. Some individuals can develop moodiness or depressive symptoms. 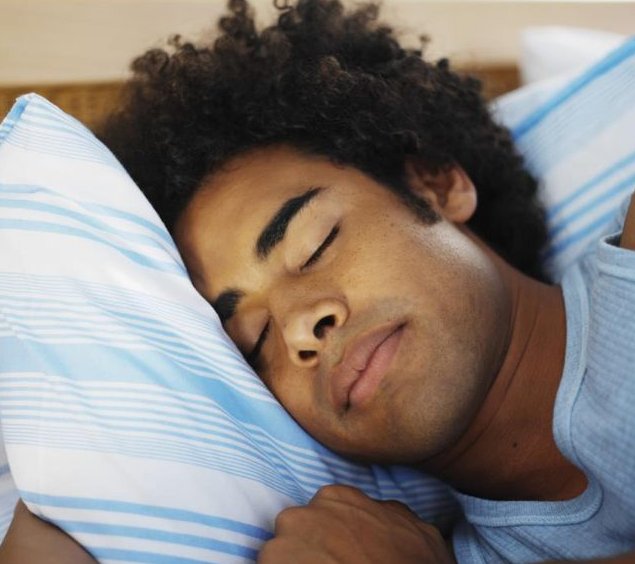 High blood pressure, atrial fibrillation and other heart-health concerns are other common symptoms. The blockage of breathing that happens in obstructive sleep apnea triggers the fight-or-flight emergency response in the brain and causes a rush of adrenaline to flow throughout the body. The repeated surges of adrenaline can take a toll on the heart and lead to high blood pressure. There are a number of other cardiovascular issues that may occur, including irregular heart rhythms like atrial fibrillation, heart attack and stroke.

Some may experience severe headaches in the morning, particularly if a patient is sleeping at a high elevation, where there are decreased oxygen levels.

Sometimes There Is No Obvious Clue

Although most patients with sleep apnea have at least one of the common signs or symptoms, sometimes they do not. Not every patient with sleep apnea fits the mold, and sometimes these symptoms, such as fatigue and high blood pressure, can be caused by other medical conditions. Therefore, individuals and medical providers need to be aware of the different kinds of sleep apnea and perform the appropriate tests if there is a reasonable suspicion."