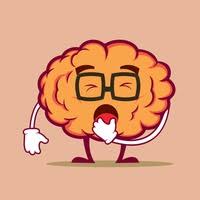 Did you know that your brain actually works harder while you sleep? Our bodies are seemingly at rest when we sleep, but our brains are really doing a considerable number of things, like making links and organizing events, solving dilemmas, and even more still. Sleep is absolutely imperative for your mind, and your health, overall.

The Rand research group has performed studies that show the U.S. loses an inconceivable, and substantial, amount of money ($411 billion) each year due to the negative effects of sleep loss, resulting in poor performance in their workers.

Here are just a few reasons why you need sleep, and how it helps support your brain’s ability to operate.

Anyone who has experienced sleep deprivation can tell you how easily it affects their capacity for cognitive thinking. A lack of sleep can impact everything from cognition to decision-making, and more. Researchers have found that sleep deprivation not only directly impacts cognitive function (which is responsible for your working memory and ability to concentrate) but also impacts higher cortical function (the cortex is the largest part of the brain and is responsible for thoughts and actions), seriously impeding one’s ability to multitask. In fact, losing even a couple of hours sleep per night for a couple weeks will have a negative impact on neurobehavioral tasks involving short-term memory and attention.

Sleep Lowers Your Risk of Depression

There are countless studies that have established the rather dangerous connection between depression and sleep-deprivation, which can all too easily become a vicious cycle. When you are depressed, you can’t sleep – When you can’t sleep, you become depressed. Sleep deprivation only leads to a deeper feeling of depression, and is the reasoning behind why some people take antidepressants to encourage better sleep, and not just to assist with the dampening of the symptoms of depression. Of course, on occasion, insomnia or lack of sleep can be the result of another medical illness. Whatever the cause, the inability to sleep will undoubtedly worsen your depression. Another thing to consider, oversleeping can also be a sign of clinical depression. A few studies have confirmed that people who sleep less than six, or more than eight, hours of sleep a night, are more susceptible to depression.

Studies show that the activity of sleeping is essential for both learning and creativity. Getting a sufficient amount of sleep ensures your ability to learn and not just feel, but be, more creative. In fact, studies have shown that if you learn something and then take a short nap, you are more inclined to memorize it. Your problem-solving capacities increase during sleep, which is why you’re prone to finding a more prolific solution to an issue when you “sleep on it”. The restructuring of the brain links that take place while sleeping is responsible for improving your creativity and diagnostic abilities. And is yet another reason why many artists are at their best soon after waking in the morning. How innovative you feel also depends on the length of REM (Rapid Eye Movement) sleep you receive, which is when your brain waves take the form of the endeavor(s) you have encountered during the time you were awake (this is when your eyes move from side to side, though they remain closed). This is a heightened dream stage, which lends to creativity and boosts abstract interpretive skills.

To help resolve a complex problem, try reminding yourself about the issue as you’re falling asleep. This will help trigger your unconscious mind, and help you become more disposed to finding a solution to the issue upon waking.

This also means that you should pay mind to your dreams; as a matter of fact, monitoring your dreams may actually inspire you to produce new projects.

Another Harvard study proved that dreaming helps to reconstruct and permutate things you have recently learned. In turn, this improves memory and performance. Other studies have demonstrated that even a quick nap may help improve both memory and learning.

During sleep, your brain labors to condense long-term memory by reinforcing neural connections. Your brain generates many conjunctions while awake, but analyzes them during sleep and helps to simplify the ones it legitimately needs. An abundance of people will verify that they find it easier to remember things when they “sleep on it” first.

Few parents are aware of this, but sleep deprivation is even more detrimental to your children. You may notice the effects of sleep deprivation when your child has gotten even just one hour less of sleep over the course of a few nights. Studies have determined that children who sleep fewer than 10 hours of sleep per night, before age 3, are three times more susceptible to impulsivity and hyperactivity issues by age 6. It’s important to remember though that if you feel your child is impulsive or distracted at times, this does not necessarily mean they have ADHD. It might simply be because they are tired. However, it is imperative that you do not rule out sleep issues just yet. Another interesting tidbit to make note of is that sleep is especially important for your newborn. While they may look like peace-filled angels while sleeping, there is a whole lot going on underneath that sweet and serene surface. Research has proven that newborns learn when they’re asleep. For example:

This implies that sufficient sleep is important to the promotion of learning in children of every age.

It goes without saying, that sleep deprivation is harmful to children. But, it works differently in comparison to adults. A recent study found that sleep deprivation in kids affects the back regions of the brain, though in adults, it’s the front region in their brains that is affected. One thing is certain, sleep deprivation affects brain development in children, and is one of the main reasons why it is crucial that your child(ren) are getting enough sleep.

Sleep Rids Your Body of Toxins

Other studies have proven that sleep rids your mind and body of toxins, specifically, those related to Alzheimer’s. Meaning that regularly getting enough sleep can actually lower your risk of Alzheimer’s. According to a study on mice, this is due to the movement of cerebrospinal fluid (a watery clear fluid that is continuously produced and absorbed and flows in the ventricles within the brain and around the surface of the brain and spinal cord) which increases while you sleep, resulting in the clearing out of waste proteins. The imaging results of the brains of the mice showed that while sleeping, the glymphatic system (a recently discovered macroscopic waste clearance system that utilizes a unique system of perivascular channels, formed by astroglial cells, to promote efficient elimination of soluble proteins and metabolites from the central nervous system) becomes up to 10 times more active. Furthermore, the brain cells shrink during sleep creating more interstitial space in the brain facilitating the release of cerebrospinal fluid. This increase is also responsible for clearing out the toxins in your brain.

Aside from affecting your mental health, being sleep deprived can easily affect your physical health and your longevity as well. Countless disorders and diseases are directly linked to sleep deprivation. A recent study confirms that when you get an average of three hours of sleep per day, it can, and will, have a negative impact of your cardiovascular system. Possibly leading to an increase in difficulty of the heart’s ability to contract; which in turn, leads to complications concerning your heart rate, blood pressure, and may increase the amount of the stress hormone cortisol. In addition, a lack of sleep is also directly related to obesity (stemming from inadequate glucose control). Just remember, for adults, the recommended amount of sleep ranges from 7-9 hours; any more than 9 hours is also linked to health-related issues. So, ensure that you find the proper amount of sleep for yourself, and your child(ren) so that you have a healthy mind and body!